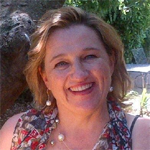 Louise van Heerden has lived in Pretoria, South Africa, for most of her life.

She started her career as a history teacher and then became a subject librarian in humanities, languages and literature at the Library of the University of South Africa, also known as UNISA. Since then she has also worked as an information specialist at the National Research Foundation of South Africa. Since 2009 she has worked in the Scholarly Publishing Unit of the Academy of Science of South Africa (ASSAf) – first as a metadata librarian within the SciELO SA project and currently as the SciELO SA Collection Operations Manager. Her job includes liaising with SciELO Network staff, South African editors wanting to publish their journals on the Open Access SciELO SA platform and ensuring that all the steps of the e-publication workflow of the SciELO South Africa Collection adhere to SciELO Network standards.

She holds a Master’s degree in Information Science from the University of Johannesburg.

This is her second visit to Brazil.