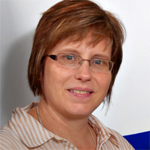 Susan Veldsman was appointed to the position of Director: Scholarly Publication Unit at the Academy of Sciences in South Africa, in January 2009. She is responsible for raising the quality, visibility and accessibility of South African scholarly journals through Open Access. She received the Electronic Publishing Trust (EPT) award for her outstanding contribution to the promotion of Open Access in Developing Countries.ô  Early in a career she started of as an Information Librarian, at various Higher Education Libraries in South Africa where she eventually was promoted to Assistant Director: Client Services, Library Services at the University of Johannesburg. During 2002 she moved to national and international projects where she was responsible for negotiating access to commercial databases and was actively involved in promoting Open Access and setting up Institutional Repositories withinô  transitional and developing, member countries.