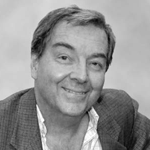 Dr. Menck is Chief Editor for the Journal Genetics and Molecular Biology, since the beginning of this year, after being Associate Editor for more than 10 years. He graduated on Biology (1977) and PhD on Biochemistry (1982), both at the University of SĆ£o Paulo. He has worked as Assistant Professor at the University of the State of Rio de Janeiro (1982-1985) and left for a Pos-doc in France, at CNRS (1985-1988). After his return to Brazil, he developed his own research project at the Institute of Biosciences, University of SĆ£o Paulo and moved to the Institute of Biomedical Sciences, same university, as a Full Professor. His main research interest is the study of mechanisms cells deals with DNA lesions and he has focused on DNA repair and mutagenesis in mammalian cells. His group is also investigating DNA repair and signaling processes triggered by DNA lesions that lead to apoptosis in human cells by chemotherapeutic agents and the UV components of sunlight. More recently, mutations responsible for XP phenotype in Brazilian patients are being diagnosed by his group, as well as the cellsā responses to UV induced damage and genotype are correlated with the clinical phenotype, mainly aggressiveness of skin cancers of these patients.

Dr. Menck is full member of the Brazilian Academy of Sciences since 2005, and he was indicated as Member of the National Order of Scientific Merit, Commander Class, in March 2007.